Asia is the earths largest and most populated continent. Within Asia you have the powerhouse nations of China and India then as you head into South East Asia you uncover fascinating history, religion and nature of countries such as Bali, Vietnam, Cambodia, Thailand and Singapore to name but a few.
It took me fifty years to finally take my first steps on the continent. Sometimes you just don’t get the opportunity or maybe you just don’t make the time for a destination. So, in hindsight, it was through good fortune that the 2019 Rugby World Cup was to be hosted in Japan.

Budgets for visiting this part of the world vary greatly as destinations such as Hong Kong, Japan and Macau do have expensive accommodation in the larger cities and reasonably priced flights. However a trip to Thailand, Cambodia or Vietnam offers cheaper accommodation however in general more expensive flights.

Many people choose to backpack around South East Asia on a shoestring budget because its safe, easy to get about and there are an abundance of travellers doing exactly this. A popular route is Thailand, Laos, Vietnam, and through the temples of Angkor Wat. Thereafter it is back to Thailand, where people head south to party in the islands before making for Malaysia and Singapore.

If backpacking is not your thing then Southeast Asia, is home to plenty of high class resorts, quality hotels, world class restaurants and all you need for a luxury holiday on a budget.

For the wild outdoors the choice is as varied as the landscape itself. The highest Peak is Mount Everest, on the border of Nepal and China, rising 8848 metres above sea level.
India’s Ranthambore National Park is one of the best places in the world to discover the elusive tiger as well as being home to leopards and crocodiles.
In Nepal, there is the Chitwan National Park which is located at the foot of the Himalayas. Nepal’s oldest national park, it provides habitat to both the rare Indian rhino and Bengal tiger.

Amongst a multitude of experiences, other wildlife viewing in Asia includes seeing the enigmatic orangutans in Borneo, visiting giant pandas in China’s Sichuan province, and spotting the Asian elephant everywhere from India to Borneo. And then there’s south-east Asia’s underwater world. Go snorkelling or diving in southern Thailand to spot turtles and leopard sharks or venture to southern Laos for a chance to see rare Irrawaddy dolphins in the Mekong River.

Finally populating many regions from Thailand’s temples and beaches to Bali’s sacred forests you have the funny yet mischievious varieties of monkeys.

Without doubt the region and in particular the places, the people and the nature have already left me with so many great memories that I am now planning my next trip.

Japan An Introduction To Japan Japan had never been a destination that I had ever really considered visiting. However with the country hosting a Rugby World Cup in October 2019 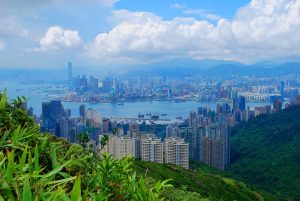 Hong Kong An Introduction To Hong Kong With the demonstrations against China ongoing it was perhaps not the best of times to make my first visit to Hong Kong. It 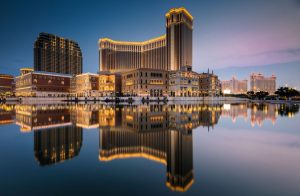 MACAU An Introduction To Macau So where do I start with Macau? How can I explain a 30 square kilometre territory of China that is as charming as it is