An Introduction To India

An Assault on the Senses...

Everyone you speak to about a visit to India describes how the country is an assault on the senses and how never in their wildest dreams did they prepare themselves for the incredible experience that India delivers.

With spectacular cities, the white beaches of the Indian Ocean, the history and culture at every turn, the temples, the marble palaces and the wonderful people who are so friendly and welcoming – India truly is for everyone.

Key sights include the capital New Delhi, the pink city of Jaipur, the food of Mumbai and Udaipur, the coolness of Kerala or the majesty of Rajasthan.

In the main cities and towns the most common and easiest form of transportation is automated rickshaw, taxi or private car.

In taxis always get a price before departing as meters are rarely switched on.

There are motorways in the north of India making travel there slightly more comfortable and quicker.

Buses are an option in some locations but these can be of varying levels of comfort and regularity.

For travellers keen on the railway experience then most major towns are connected by the daily Shatabdi trains.

Delhi
The capital of India is famous for its ancient history, culture and for its many wonderful culinary delights.

Agra
Part of the famous Golden Triangle route the Taj Mahal is one of India’s most visited cities where you can have you photo taken like millions of others have following Princess Diana’s visit back in 1992.

Rajasthan
Perhaps the most colourful region of Indian and certainly the most royal with its many forts and palaces as well as luxury hotels and museums.

The Ganges
The holiest city in the country is Varanasi, an eye opening place where traditions and spirituality are at the fore.

Ranthambore
The Ranthambore National Park is famous for for being home to the Tiger as well as a wide range of other wildlife such as sloth bears, birds and leopards.

Goa
For a laid back way of life and in some parts, a hippy lifestyle, Goa is famous as being a place to enjoy beautiful beaches, participate in yoga and meditate.

Kerala
Considered by many to be the most naturally beautiful part of the country with its waterways, canals, lagoons, rivers and beaches.

Munnar
With abundant valleys, mountain streams, and tea plantations, this region is popular for honeymooners, leisure travellers and nature lovers.

Madurai
The centre of Tamil culture is Madurai in the southern state of Tamil Nadu. This is the place for palaces, temples and architecture.

Amritsa
The Golden Temple at Amritsa is the holiest of sites for the Sikh religion and people flock here from across the world to pay their respects.

To order your Bradt Travel Guide and receive a 15% saving on the recommended retail price, click on the image below and upon check out enter the coupon code “Justonefortheroad” to receive your discount. 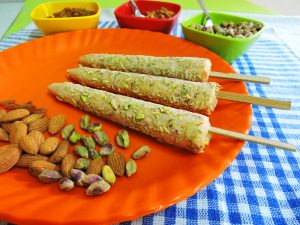 A Taste of Asia With TransIndus