Germany is one of those countries that has always fascinated me.  During my childhood holidays, we often travelled through Germany en route to Austria or Yugoslavia. In recent times I have taken advantage of how easy it is to travel over to some of Germany’s finest cities such as Hannover, Berlin, Dresden, Dusseldorf and Cologne.

As a city break destination, Germany is right up there with some of the best in Europe. The buzzing capital of Berlin or cities like Munich, Hamburg, Hannover, Dresden, or Dusseldorf provide a wealth of entertainment and nightlife and you can enjoy fabulous traditional German cuisines such as sausages, schnitzel, and roast pork accompanied by enormous steins of beer.

The German countryside and national parks are breathtaking from the coasts in the north, the forests, rivers, and vineyards of the centre, and the Bavarian Alps in the West. Cycling along the river valleys, bird watching on the coast, walking and hiking in the mountains. Germany is a green country both in terms of responsible tourism and in its countryside.

Add to this the culture, the history, the food, and beer plus of course its love of sport and in particular the nation’s football rivalry with old foe England.

Germany has given so much to the world – Karl Benz invented the motor car, there was aspirin, the music of Beethoven, there was Einstein plus of course, you have the history from the first half of the 20th century which will forever hold a fascination for many that visit.

For some reason, many overlook Germany as a holiday destination perhaps in favour of the Mediterranean. However, when you look into what Germany has to offer, it may make you reconsider – you will not be disappointed. We are accustomed to Germans being super efficient and when it comes to travelling around, Germany is probably as good as anywhere in Europe.

Driving in Germany is a dream with a superb road network and the infamous Autobahns offering quick (sometimes too quick), reliable access from major points.

Both for long-distance trips and for short regional journeys you will find the rail network easy and frequent if a little on the expensive side. Keep your eyes peeled though as there are often deals available to entice.

Buses are a good value option for travelers, particularly in the cities and in recent years the long distance bus network has continued to grow so this is again a great option.

A regional flight network is excellent connecting all the major regional cities. These short hops are well priced particularly when booked well in advance.

Germany is one of Europe’s most popular travel destinations. Visitors are drawn in by the world-class museums and landmarks. By the food, the festivals, and the rich culture and history that exists on every corner. They are also attracted by the fact that there is not really any one time when it is not enjoyable to visit.

If you are planning to head into the mountains, then in winter it is perfect for skiing holidays between December and March. During the summer months, these same areas attract walkers and hikers.

From May to December the weather is considered the best time of the year to visit Germany, but the summer months of July through September are the most popular times to visit with average temperatures in the major cities of about 18ºC. During wintertime, the attraction of the Christmas markets and stereotypical snowy vistas draw in huge numbers of tourists.

The food that is perhaps most synonymous with Germany is Bratwurst or cooked sausage often served with Sauerkraut or a bread roll. Add to these schnitzels and pretzels and that’s what many believe to be all the Germans eat – wrong! These days there are a huge variety of regional choices on offer. Stews, soups, and casseroles of the Rhineland, lamb from Lower Saxony, and even seafood in the north. The cuisine of the country has changed, and you are even now seeing many locals going vegan so there is more to Germany than just sausages and sauerkraut.

As far as drink is concerned Germany excels at both beer and wine production. There are an incredible number of beers to choose from including the most popular Pilsner which is a light beer served in most places. Then there is Altbier from the Dusseldorf region, Kolsch from Cologne, and Weissbier which is a cloudy wheat beer from various parts of the country.

Much of the German wine production comes from the Rhineland and Mosel regions with the Riesling grape the most celebrated. Liebfraumilch is a sweet wine that unfairly often gets ridiculed.

While rock and pop music is today the most popular, there is also West German “Schlager” music that originated in the 1950s and of course, there is the classical music from the likes of Beethoven, Bach, Handel, Brahms, Schumann, and Wagner

Many art movements started out in Germany including Bauhaus, Northern mannerism while the country is also famous for its poets and philosophers.

Places To Stay in Germany

There is a vast choice of accommodation available in Germany from hostels to luxury hotels and pensions to palaces.

In recent years the general standards of Germany’s hotels have improved under the Deutschen Hotelklassifizierung system which assesses a variety of different areas of the hotel for quality, cleanliness, and safety.

Many German hotels have spa or wellness centers which can vary from very dated to state-of-the-art luxury. My advice is to do your research before booking if this is an important aspect of your trip.

Budget hotel chains include Etap and Ibis and these represent excellent value for money.

Luxury hotels are becoming increasingly popular in major cities where both business and leisure tourists are high. These are often ornate and sometimes converted palaces or when in the country even castles.

Hostels have emerged with a view to attracting the backpacker marker for which Germany is popular. The quality, cleanliness, and overall value for money are reasonably good.

For decades Germany has more often than not led the way for a green-based tourism sector. Its National Parks, wildlife, and nature reserves have placed the utmost importance on sustainable development and biodiversity.

Maintaining its cultural heritage is another key element in the German model to protect what they have.

I have never really considered Germany to be particularly strong on the subject of Wildlife Conservation. That said I understand that the World Wildlife Fund is running a series of projects aimed at protecting the big five in Germany – Wolves, lynx, grey seal, elk, and European bison.

The LIFE Lynx Reintroduction Project in the Palatinate Forest is a wonderful project which was started when Lynx were introduced from Switzerland and Slovakia. Other projects include the return of the northern bald ibis to Germany.

Neuschwanstein Castle
Built in 1869 and located in the heart of the Bavarian Alps, Neuschwanstein is probably the world’s most famous castle.

Europa Park
Germany’s answer to Disneyland is Europa Park, complete with a mouse mascot, and is the country’s largest amusement park with a huge range of exhilarating rides and activities.

Brandenburg Gate
A national symbol of Germany, the gate was built to mark the end of the boulevard, Unter den Linden but since then it has been the venue of a number of historical events culminating in the Berlin walls removal in 1989 and the symbol of the countries unification.

Cologne’s Cathedral
The gothic Cathedral in Cologne is known as the Kölner Dom and is one of Germany’s most important architectural monuments and the third tallest cathedral in the world. During the bombings in World War II, the Cathedral was the only building that survived.

The City of Trier
Germany’s oldest city was founded as a Roman colony in 16 B.C. and is the ultimate excursion for history connoisseurs. Attractions include the Porta Nigra is an enormous Roman city gate and the Cathedral of Trier, which holds the Holy Robe, the garment said to be worn by Jesus when he was crucified.

Black Forest
For walking, driving, or biking this 4,600 square mile stretch of Germany is a dream for nature lovers. Discover rolling hills, small villages, and lush forests and follow routes such as the wine road of the Clock Road charting the history of the simple Cuckoo clock.

Christmas Markets
German Christmas Markets are legendary. Full of bright lights set amongst wooden stalls selling locally crafted gifts. To get you in the mood there is always the traditional Gluhwein, hearty food, and raucous singing. One of the best Christmas markets is in Nuremberg. 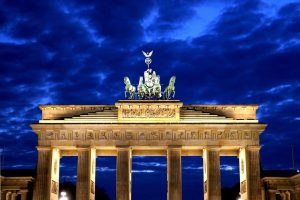 The Best Of Berlin 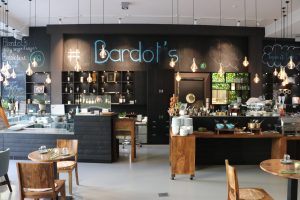 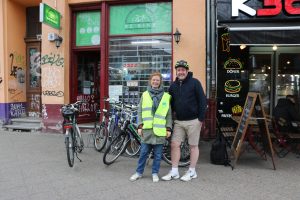 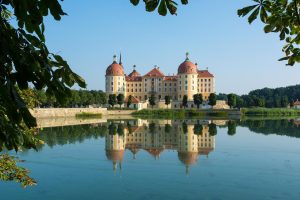 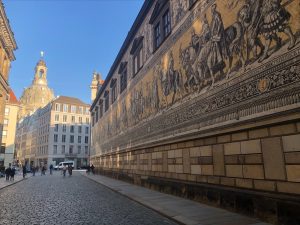 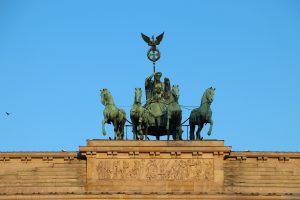