Russia surprised me. I fell in love with the place wandering along the banks of the Moskva river on a glorious day in Moscow back in 2018 and I longed for more time to enjoy the spectacular city of St Petersburg. Russia has so much to offer the visitor – the ambiance, the majesty, the sheer scale of the place, and the welcoming people who wanted to talk, smile, and share stories from culture and art to football and ice hockey.

Russia is the largest country in the world. The capital Moscow with its stunning subway stations as well as the Kremlin, St Basils Cathedral, and Red Square is what attracts many visitors. I however loved the parks and museums, the artist quarter, and the spectacular modern city skyline. Moscow is also great to combine with St Petersburg as a two-center holiday as they are connected by a simple train system. Russia also has options to cruise rivers, take epic train journeys, enjoy rural experiences around Lake Baikal and Yaroslavi and then there are pretty fishing villages like Teriberka on the coast.

For lovers of history, you can also discover the history of Russian Space Exploration or the fall of the Soviet Union.

Russia is a magnificent country that is beautiful, misunderstood, and begging to be explored and enjoyed – I certainly did! The best tip I can offer anyone travelling around Russia is to do your research to be sure you know the plan. I would also always suggest you take a copy of your passport and details of your accommodation and travelling arrangements as it’s likely at some stage you are going to be stopped by the authorities.

Flights into Russia are common with most arriving at Moscow’s three main airports – Domodedovo, Sheremetyevo, and Vnukovo. Regional airports are aplenty so there are plenty of options there.

Trains are a great way to travel across this vast country with the iconic Trans Siberian Express to Vladivostok or the Trans Mongolian
through to Beijing the most well known. Locally trains are excellent including the very popular Sapsan route that runs from St Petersburg to Moscow.

The Metros are popular in some of the main cities and in Moscow, in particular, they are a work of art in themselves!

Places To Stay in Russia

Trans-Siberian Railway
Part of one of the longest railway system in the world, the iconic Trans-Siberian railway runs from Moscow to Vladivostok, a city near Russia’s border with both China and North Korea.

Moscow Kremlin
You cannot visit Russia and in particular Moscow without seeing the walled Kremlin.. Home to the nation’s top governmental offices housing four 15th and 16th-century cathedrals as well as museums.

Mount Elbrus
Mount Elbrus in the heart of the Caucasus Mountain Range in Southern Russia is the highest summit on the continent.

Lake Baikal
One of the clearest lakes in the world the Siberian Lake Baikal is a popular stop on the Trans-Siberian railway. It is the deepest and oldest lake on earth holding almost 20 percent of the world’s fresh water.

Suzdal
Russia has an area called the “Golden Ring,” consisting of ancient cities that the country has preserved as living museums and Suzdal is the most famous of them all.

Valley of Geysers
In the east of Russia on the Kamchatka Peninsula is one of Russia’s top natural sights – the incredible Valley of the Geysers.

Kizhi Island
Located in Karelia, a region in Northwestern Russia this open-air museum is a great place to visit for culture and history with its Church of the Transfiguration of Our Savior, wooden houses, and other buildings of great interest. 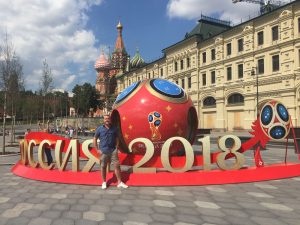