So today is our last day in Japan after an eventful yet amazing trip. We left Osaka and caught the 30 minute long train journey to Kobe – home to the world famous Kobe Beef! First stop before a long lunch was to check out the coast and the area known as Harborland.

We wandered aimlessly and somewhat grumpily along the man made pier full of restaurants and bars but soon realised it was more of a kids theme park so we made a sharp exit as me and kids/noise do not mix!

From Harborland we found the nearby Chinatown which had a real buzz to it although Kobe in general was very low key compared to some of the craziness that had gone before!

So it was 3pm and we needed to try this beef so went to every restaurant possible but they were all closed till 5pm bar apart from a skanky little standing only bar. Starving we ordered some fried shrimp skewers which promptly arrived. A pot on the table contained the soy sauce and we merrily dipped away only to be told off by the businessman standing alongside us that double dipping is frowned upon in Japan…..so now you know!!

We then found another far classier bar with a bartender called “You”. We asked for beef restaurant recommendations as there were so many to choose from and he promptly spent 20 minutes recommending about six different ones close to where we were and then as we left the building he let slip he was a vegetarian. I guess “You” never really knew!

We finally found a restaurant called the Propeller which served up a five course extravaganza for about £50 which is the minimum really for Kobe Beef. The meal was fantastic although give me a Chateaubriand and a glass of Malbec any day !

Free beer and an extention...

So that’s that…. our journeys end…… well kind of…. well no it’s not actually …. we have decided to change the itinerary 🤦‍♂️ Our flights are amended, an internal flight is booked from Kobe to Tokyo, we have semi final tickets, hotels confirmed and we are now headed back once again for Tokyo….. 😉😂😂😂

As a result of yet another itinerary change we stayed over in Kobe at the Crowne Plaza and hit the hotel bar where an odd incident happened. The beers were flowing when this businessman walked in and seeing us in England rugby attire he briefly chatted to us as the curious locals tend to do. He then disappeared and returned half an hour later asking for a selfie (see pic). Anyway off he went again then an hour or so later Dom and I asked for the bill and this guy had paid it for us – £100 !!! Love the Japanese!

So today we take a one hour Skymark Airlines internal domestic flight to Tokyo where the adventure and my blog continues ….oh and another typhoon is predicted 🤦‍♂️ 😉

"Yesterday’s observation – at many restaurants and bars you are provided with a square linen basket to put your coat in and which then slides under your seat."

Today we discover Kobe and head home...or do we? 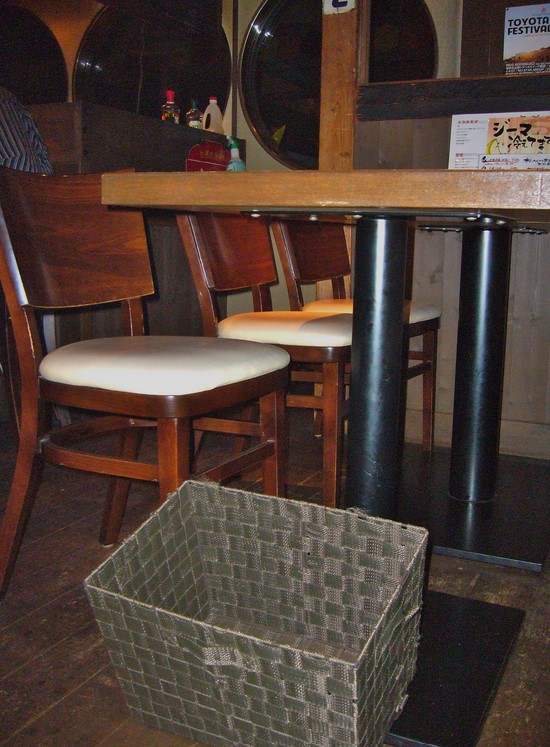