The world of sport has always been a huge passion of mine. Whether its competing individually or as part of a team, the enjoyment it brings not to mention the health benefits cannot be underestimated.

At school I represented both rugby and football at Sussex school level although it was always football which I loved the most. After school days there followed 15 years of Sussex county league level football and countless stories of success and failure.
Sadly though in my early thirties I injured my lower back in a charity rugby match. Since the age of 32 I have been unable to take part in any contact sport for fear of further long term damage. I miss it so much but when your body speaks you listen.

Enjoy it while you can...

Those wonderful days soon pass and my advice to any young kid is play as much and as long as you can. The same advice goes in life for travelling the world – JFDI – Just “Frigging” Do It  !!
So unable to play I have resorted to becoming a spectator although as the image to the right shows I did fulfill a lifelong ambition to run a marathon in 2015 and I am the epitomy of a fair weather golfer.
With active sport now a thing of the past I now love to attend all manner of sporting occasions particularly if it involves an England national team in any sport.
This page is dedicated to some of these events and the stories behind the occasion… 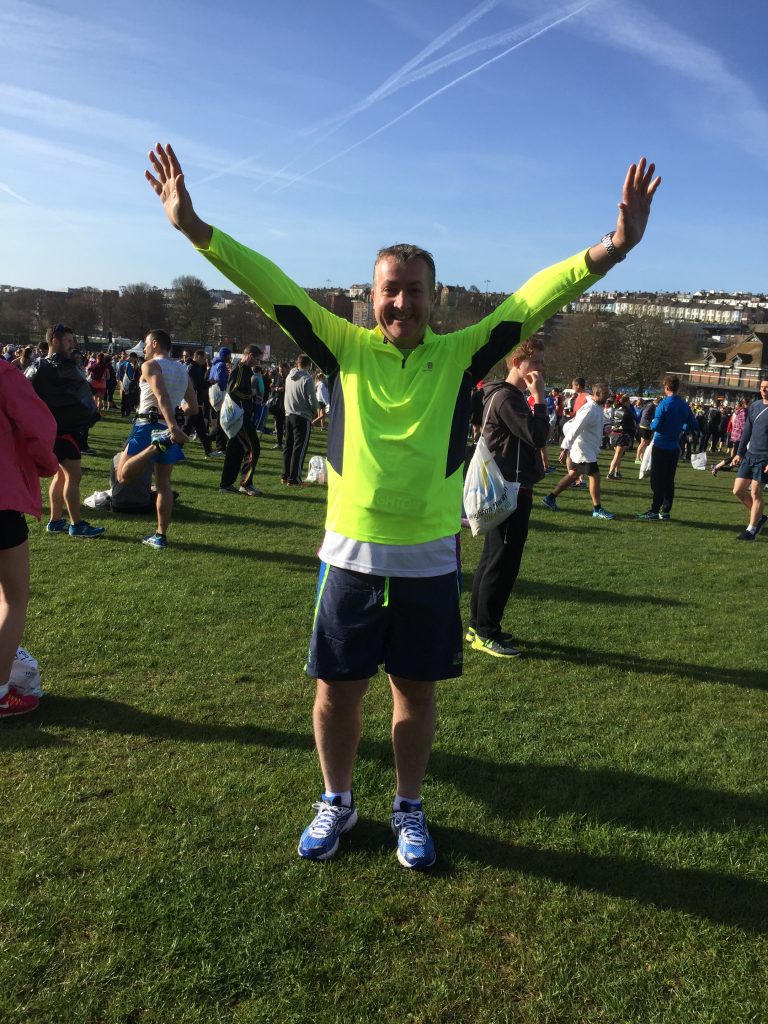 As one of very few Ipswich town fans it was therefore a bit of a dream come true when I heard that the England national football team were to play Croatia at of all places Portman Road, the home of my beloved Ipswich.

Thankfully back in those days entertaining travel folk was the thing so I arranged a box at the game and promptly invited a select band of travel VIPS to the game.

What was always going to be a famous day for me turned into a real once in a lifetime experience as next door to our box was the BBC live broadcast team featuring legendary commentator John Motson and West Ham icon Trevor Brooking.

England won 3-1 (Beckham, Owen & Lampard) but who cares….. its the memories that I will cherish.

When England won the quarter final of the football World cup I rather bizarrely went and mowed my lawn and while walking up and down I wondered if I could get a ticket to the semi final? I came indoors and logged on to the official ticket site and hey presto – I secured a ticket to the match. Then started the expensive task of getting there via an uncomfortable night on the floor of Warsaw airport. I do love a random “life is too short” moment and this was most definitely one !!
If you want to understand the sheer emotion of supporting your international football team then here is a video I took of the opening goal of the 2018 World Cup semi final between England and Croatia.
Its moments like this in sport you live for…. shame we ultimately lost!
Play Video

Its every schoolboys dream to lift the FA Cup at Wembley stadium…. well it was for me when I was growing up in the 70’s supporting as I still do today, Ipswich Town.

They got there hands on it in 1978 with that famous (to me) goal from Roger Osborne where the celebrations were all too much for him and he got substituted soon after.

Forty years later I too “almost” got my hands on it back in 2018 at the Not Just Travel annual conference. Two burly minders kept us from actually lifting this iconic trophy but a photo and to get this close was special enough for me to transport myself back to those magical days of cup final saturdays when you used to wake up excited to watch the days proceedings, from the players leaving the hotel to that long mesmeric walk from the tunnel at the old Wembley stadium.

For me the FA Cup has today sadly lost its magic – I put that down to the semi finals also taking place at Wembley which has devalued the final, the hoardes of empty corporate seats not to mention the modern day influence of money on the top teams who more often than not are the ones that dominate the latter stages of the competition.

That said those wonderful days seeing the likes of Wigan, Coventry, Southampton, Portsmouth and indeed Ipswich lifting this trophy will always live long in the memory of this aging kid…. 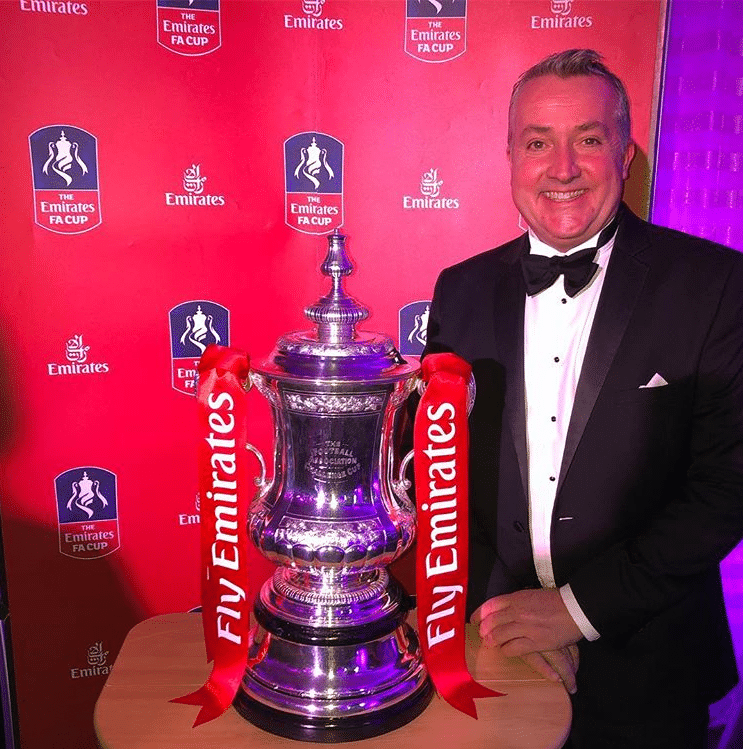