At last we made it…. 6 days after leaving home…. 3 days later than scheduled…. we reached Tokyo tired, without sleep and again grumpy (more me than Dom) and the starting point of our Japanese odyssey!

Now where do I begin !! Well it has to be the train system – on arrival into Tokyo we decided to book our train seats for the rest of our trip and of course with 50,000 rugby fans in town many are already booked up so there are going to be some adventures and tales ahead on this one!! We activated our JR rail pass and after much scratching of heads trying to read Japanese and figure our way out of the railway station we hit the tourist information centre and after more advice on how to use the train network we promptly got in a taxi!

We are staying in the Shinjuku region of Tokyo at the Hotel Gracery which is a homage to Godzilla so on every hour the giant statue of him along side the hotel roars and lights up….. now forgive me for the language but WTF is that all about? It’s so odd I have instantly warmed to it despite my room being the size of a coffin.

The Nightlife of Tokyo

After a short afternoon power nap we decided to enjoy some Tokyo time and discover the area around our hotel and after a couple of refreshing beverages we needed food and ended up in this tiny (see photo) grubby authentic barbecue cafe with a bloke who was bladdered on the local saki and who claimed to be the chief medical officer for the Japan national football team….well if he was then I am the Pope. He did however share his warm pottery egg cup of bug infested saki with us ….when in Rome and all that…..

After this we met with friends Dickie, his girlfriend and Ralph in a cracking whisky parlour called Keith’s bar… four floors up and hidden from the street this place was a gem of a bar although an hour in we had drunk them out of beer so we had to leave ….

Another bar – the old Cafe – was where we then located ourselves for the rest of the evening. Met a lovely couple Tim and Tina from Cardiff who were resplendent in their Welsh colours. It’s great how rugby brings us all together through harmless banter, beer and song. After they left at 2am I found Tim’s old lighter which was a military momento from his father so I kept it and sure enough an hour later he returned in a panic…. so if it wasn’t for my “justonefortheroad” then he may have never got it back….

Check out my guide to Japan here

"Yesterdays observation – the pink toilet rolls, the heated toilet seat, the jet wash bidet system and Tokyo’s version of VIPoo make the experience of going to the loo so much more pleasurable."

Today we are tourists in Tokyo…. 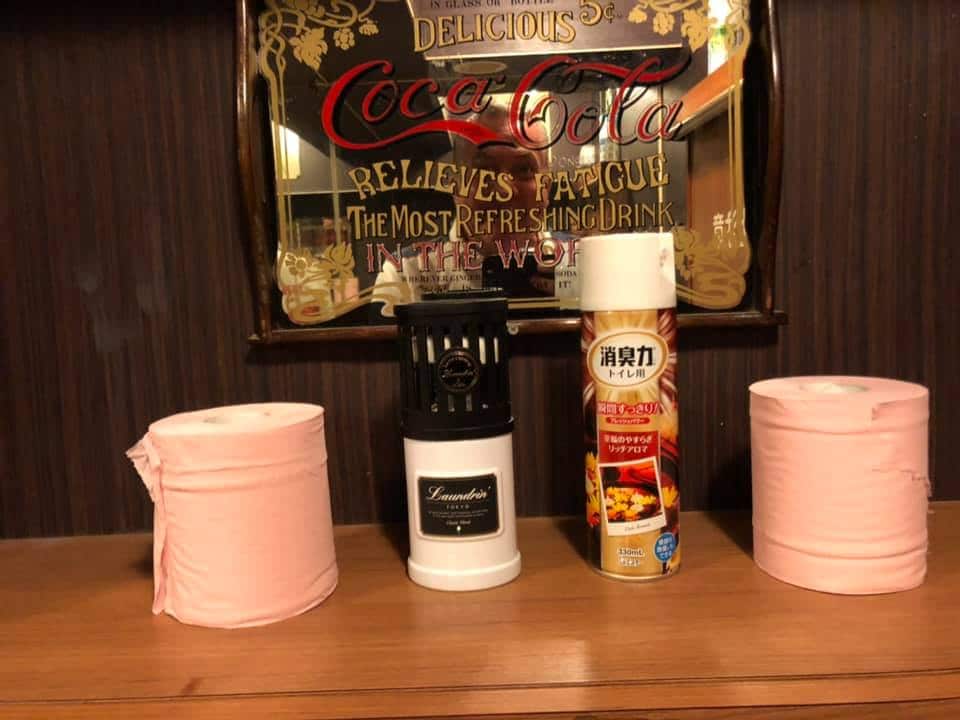